(Quotes in italics from the writings of Robert Wedderburn (RW), collected under the title ‘The Horrors of Slavery and other writings’ by Ian McCalman , 1992, Markus Weiner;Princeton.  I ve attached a link with full reference sources for each numbered source)

The writer is a West Indian, son of James Wedderburn, Esq. of Inveresk near Edinburgh and came over to England in the year 1778. (1)

The first trace of RW I found on a wet afternoon at Inveresk Lodge Garden.

My daughter and I were watching the canaries.  On the greenhouse table was an information folder with a stilted photo  -identifying Professor Geoff Palmer, during his visit relating to Scottish Jamaican Friendship Society.  Professor Palmer I discovered is a brewing emeritus at a local university, but also as a Jamaican Baptist and self-defining polymath, who has spent some time researching the not entirely innocent subject of the links between Scotland and Jamaica.

A picture of a distinguished looking black man in a National Trust For Scotland property was salient enough, but it was the mention of the name Robert Wedderburn in the document that got me sleuthing..

It has since been removed – along with any evidence of the Scottish Churches March    to the property to commemorate the two hundredth anniversary of the abolition of slavery which happened the following year.

It was seven years after my arrival in England that I visited my father, who had the inhumanity to threaten to send me to gaol if I troubled him.. From his cook I had one draught of small beer, and his footman gave me a cracked sixpence.(2)

RW shared his surname with a prominent Scottish family of the 18th and 19th centuries- their pomp interrupted by a disastrous foray into the 45 Jacobite rebellion , which led to an execution, and an exile in Jamaica. At the time the island was becoming the epicentre of the British sugar trade. The money they earned there they used to buy their way back into Scottish society. The large rate of profit in this trade was gained by working to death their unpaid and captive labour force of Black African slaves.

RW’ s father was a doctor and then a burgeoning plantation owner- his mother was one of his house slaves who he sold on when she was pregnant with RW. Both she and her sons were later freed and he found his way to Britain through the navy , into which he may have  press-ganged . 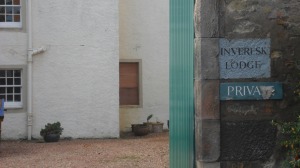 According to the account he publishes later in Bell’s Life in London ,he came north to Musselburgh to call on his father in 1785 , hoping for a welcome and financial support. At the time he had a young family and an unstable existence as a tailor amongst the ‘St Giles blackbirds’  of London. After being turned away from an Inveresk with a ‘crooked sixpence’, and picked up by local magistrates as a vagrant, his life takes even more remarkable turns.

This Wedderburn doth charge all potentates,, governors, and governments of every description with felony, who does wickedly violate the sacred rights of man – by force of arms , or otherwise, seizing the persons of men and dragging them from their native country, and selling their stolen persons and generations (3)

He becomes an early convert to Methodism in which he finds a spirit of millenarial justice, and as that cools, joins the radical underground group around Thomas Spence. Wedderburn becomes a preache , orator and plotter.  His chapel is a hayloft which becomes a gathering point for anger and dissent, and a focus for government spies and agent provocateurs – who provoke an abortive attempt to assassinate Wellington’s cabinet (the Cato Street conspiracy ).

By this point Wedderburn is already in jail, for blasphemy and sedition. He becomes a cause celebre for the moralistic anti-slavery movement – William Wilberforce encourages him to produce the account of his life (The Horrors of Slavery )which  first contains the Inveresk story.. His half-brother, denying kinship, first threatens legal action and then withdraws it.

To be a deluded Spencean [means to know] the earth was given to the children of men , making no difference for colour or character, just or unjust, and that any man calling the land his own private property was a criminal(4)

RW continues to live a splenetic , marginal life . He continues to run his chapel , flirting with Deism and an ironic form of diabolism, and is arrested several times – once charged with keeping a brothel. One account has him in New York (6) , all agree he dies in obscurity.

His words, reported by spies , dictated to printers and co-authors, are choleric or rhetorical by turn, and like his presence, rub in the face of Georgian society the inequality, injustice and suffering on which its respectability rests.

It is necessary for you to know how you may govern yourselves without a king, without lords, dukes, earls and the like; these are classes of distinction which tend only to afflict society (8)

Musselburgh has named several streets after Wedderburn’s,  but not for him. It appears his parental family donated money to establish the local poor house, which still bears their name, now as a set of luxury flats..

This  felt  like a remarkable narrative to erupt form a dim Polaroid in an aviary. And it has become a story I want to tell. It seems to me it has several themes. 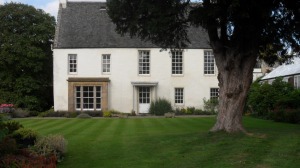 Firstly it neatly encapsulates the challenge to the imperialist bourgeois Victorian respectability – ‘Where did your money come from? , Who created it? And where?’

This is a simple Marxist truth which applied then – the labour of others, overseas and slaves- and has continued to apply ever since. The story personalises this – I read an article by Edward Said about imperialism in Jane Austen – of course there is no overt sign of it there – but he found a vague reference in Mansfield Park to the owner having ‘business in his plantation’, and speculates on what is not said in the classic Victorian canon -and why. (8).  RW ‘s tale brings the slaves marching up the drive into the midst of the bonnets and doublets.. the chickens home to roost..

how many thousand labourers and artisans have been starved in consequence of the introduction of machinery, and dispensing with human labour; but are a few thousand souls that cannot be missed in a redundant population, to be thought of , when by this means the great capitalist has been able to sell his goods cheap, and pay his kings taxes, which he could not otherwise have done (9)

Since most of what we know about RW reaches us via interested third parties – publishers, co-authors and spies – we are never sure whether he is performing rhetorical tricks, theorizing to a partisan audience, or out of control in his reaction to personal trauma. What is clear is  that his life involves drifting (or adapting) into a variety of roles – mulatto, blackbird, sailor,tailor, soldier, preacher, author, prisoner, father ,rebel. This is the life of what has been described as the Mottley Crew by Linebaugh and Reddiker (10)- socially and internationally displaced people on the margins of an evolving capitalist society, whose existence and adaptability provides a seed bed for opposition to it.  RW s opposition is not just to slavery in the West Indies  – it is to the whole emerging social system which sustains it and effects the lives of all those around him.

Slave narratives ( and it is worth remembering RW doesn’t claim to be a slave , but to witness humanely the horrors inflicted on others) tend to focus on cleaner figures . Equiano, Mary Prince,Frederick Douglass, Solomon Northrup have all been revitalised but can be seen largely as passive victims – usually later rescued and adopted by the Liberal Good whose values they espouse. No such Fairy tale is possible for RW.

It has likewise occurred to me that as there are about 300 members of parliament who uniformly vote with the ministers but are incapable of saying more than Aye or NO, who yet nevertheless expect sinecures, places , pensions, titles and other good things for themselves and their dependants it would be a great relief to the government to have their places occupied by CAST IRON MEMBERS OF PARLIAMENT … This would be a wonderful saving , and the better enable us to reward men of talent who could support the ministers by their wisdom and eloquence (12)

Finally there is the irony of the re-emergence of RW in the midst of the rediscovery of Scotland s colonial past . This is a strange beast – historians who didn’t notice slavery in Scottish mercantile history twenty years ago now head research projects on it, and share platforms with the polite, yet morally insistent Prof Palmer.

There is still however a lot of delicacy about the presentation of the past – which is a shame. Literally.

The term ‘colonial past’ is used in preference to ‘Scottish imperialism’ , no monuments are erected, no apologies given. It feels like there is a strong effort not to blame anyone – nation or benefactors (compensation to slaveowners amounted to 40% of national capital – much of this wealth was used to provide capital , through speculative investment it provided the motor for the expansion of capitalism) (13) .

So, in the care of the National Trust of Scotland, close to the centre of our capital, in ‘our town ‘ in my case, is this iconic site, where the small ripples of the RW story I found have been once again quietly erased.

My own view is that Scotland can never truly exist unless it acknowledges a past it created , rather than a series of things that were done to it (14), and that one of those things was to exploit people – some Scots, most not. Once we do this  we might be entitled to sing the‘ Freedom Come All Ye’ #, or  even  ‘Scots Wha Hae’, with some pride*.

So I have a campaign, which I will follow like RW, how and when I am able. I want to spread awareness of RW and his story. I have been telling it locally and am delighted to hear local kids have been telling it to their teachers as something important that happened here. I am aware of a group of historians who are trying to publicize the life of RW internationally – and I will set links here to their emerging work .

What I really want is to make sure that a trace of RW remains stubbornly at Inveresk Lodge. I have made some small impacts via regularly updating their visitors book 🙂 – like the Spenceans , who operated  in the underground for a long time, the message  will sometimes have to be chalked  on walls(15).

I would like there to be a memorial to the victims of the slave trade in Scotland, and for some gesture of reparation to take place.. But I am also aware that such a memorialisation would likely be sanctimonious and involve the institutions whose hands are historically bloody. Perhaps one of the things we can learn from  Alan Rice’ s work(16) , and the spirit of the Mottley Crew, is that better memorials are spontaneous ones , made by people who actually care, rather than those who are supposed to.

I thank the Lord that through a long life of hardship and adversity I have ever been free both in mind and body and have always raised my voice in behalf of my enslaved countrymen. (Robert Wedderburn, 1824)(17)

* RW s fellow Scottish maroon seaman William ‘Black’ Davidson was caught up in the Cato Street conspiracy . He is reputed to have sung this Burns song adopted by the radical movement as he fought towards his death..

Currently on show at the National Portrait Gallery in Edinburgh is The Ties That Bind an exhibition by Scottish photography collective, Document Scotland.Stephen McLaren’s work Jamaica – A sweet forgetting includes a picture taken in the summer house at inveresk House , juxtaposed withcontemporary  images of John Wedderburn ( RW’s uncle) Jamaican and Scottish properties. Unfortunately it is unannotated – although not on the related website .

Maybe the day someone famous discovers RW is getting closer..